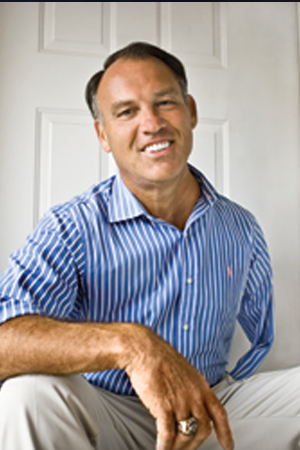 Author, and Philadelphia Eagles Alum, and host of the sports talk-show Behind The Lines, Kevin Reilly is an inspirational keynote speaker, integrating his 30 years of experience as a corporate executive and his battle with cancer as the oldest known surviving desmoid tumor patient.

Kevin Reilly is an inspirational keynote speaker, author, and former NFL linebacker for the Philadelphia Eagles. Kevin is also the oldest known surviving desmoid tumor patient in the world. The surgery which saved his life, also led to the loss of his left arm, left shoulder and top four left ribs.  Life saving surgery may have ended his professional football career but, Kevin refused to let the disease define his life. Today, he shares his remarkable story of how faith, family and fortitude kept this linebacker in the game. With over 30 years experience as a corporate executive, a career in the NFL, an amputee, and author, Kevin Reilly has a unique ability to inspire audiences in both their personal and professional lives.

Behind The Lines with Kevin Reilly

Kevin Reilly hosts Behind The Lines, a sports talk-show that gives audiences an inside look at the obstacles athletes face on and off the field. Behind The Lines has featured Vince Papale, Mike Quick, and U. S. Olympian Johnny Quinn.

Stream Behind The Lines on your Roku device or instantly from RVN Television.

Kevin was drafted in the seventh round of the NFL draft by the Super Bowl Champion Miami Dolphins. After being the last cut in training camp, Kevin was picked up by the Philadelphia Eagles, his hometown team. He eventually became a fan-favorite and special teams captain.

Kevin’s battle with cancer began as he was playing for the New England Patriots. Just three years into his NFL career, Kevin was told that a Desmond tumor would lead to the loss of his left arm, his left shoulder, and four of his ribs on his left side.

While Kevin’s cancer diagnosis ended his NFL career, his spirit did not fade with it. He accepted his hardship as a blessing in disguise, an opportunity to spread awareness, progressing research into this exceedingly rare disease. By taking it upon himself to become a professional speaker, he motivates others to overcome any obstacle that blocks their path to success.

Over the three decades following his diagnosis, Kevin has spoken at Walter Reed Army Medical Center, The New York Yankees, BlackRock, Merrill Lynch, colleges & universities around the country and many more organizations, spreading his positive attitude and mindset. In addition, he’s a sought-after speaker for Catholic groups, candidly discussing his religious upbringing and its empowering impact on his recovery.

Kevinprovides a unique perspective on success. Having played in the NFL, Kevin understands the importance of hard work and dedication. Subsequently, Kevin’s battle with cancer instilled lessons of perseverance that can resonate with anybody looking to push through a difficult setback. Reach out to us today to hire Kevin Riley for your next event!

These are just a few of the organizations where Kevin Reilly has shared his story:

Fill out the form to find out when Kevin Reilly is available. 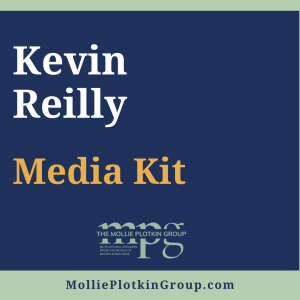