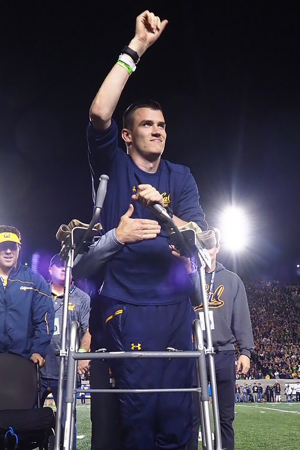 Robert Paylor is a keynote speaker whose remarkable journey is best summed up by the phrase he uses most “Paralyzed to Powerful”.  His impactful, memorable and moving keynote will inspire you to recognize the power you have, and the gifts you are given, each and every day

Whether our challenges are visible or not, the approach to overcoming adversity is universal. The skills Robert uses to overcome quadriplegia can be used by all to optimally perform. His story and the tools he shares to go from paralyzed to powerful inspire others to access their full potential and conquer their challenges no matter how daunting they may seem.

In the 2017 Collegiate Rugby National Championship, Robert Paylor broke his neck and his life changed in an instant. Immediately, he was told he would never walk or move his hands again. Robert didn’t accept that reality and miraculously willed himself to walk again, against all odds.

Featured in Sports Illustrated, Paylor walked across the stage at his graduation ceremony. Graduating from the Haas School of Business at UC Berkeley was one of the first goals he had set for himself.

“The emotions going across the stage. It’s Euphoria,” he said. “Because there was a time when, I was laying on the hospital bed and I couldn’t move anything. I was fighting for my life. The things that are getting me through that moment is that eventual dream that I had, to be able to walk on stage,” Paylor said in an interview with NBC Bay Area.

Rob Paylor’s ultimate goal has not been recovery, but to inspire others through his journey. “I hope that when people see me walk across that stage, they will see themselves overcoming their own challenges,” he told NBC 7 News.

Whether our challenges are visible or not, the approach to overcoming adversity is universal. The skills I use to overcome quadriplegia can be used by all to optimally perform. My story and the tools I share to go from paralyzed to performance inspire others to access their full potential and conquer their challenges no matter how daunting they may seem. Book me to motivate your group to rise above any obstacle.

These are just a few of the organizations where Robert Paylor has shared his story: 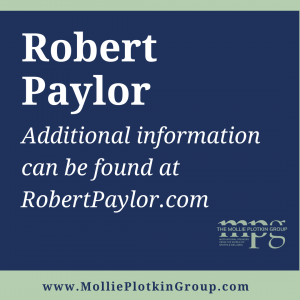 Fill out the form to find out when Robert Paylor is available.

“Robert stunned the audience.  It was amazing to see how his principles can be applied to all part of life. Robert has learned to master the mindset that something deemed almost impossible can be conquered by consistency, the right attitude, and the commitment to others. I would highly recommend anyone to set an event with Robert!”

Robert has told his story many times, but not once during my event did he seem rehearsed or insincere. From the pre-planning stages to the event itself, Robert’s communication, generosity, energy, kindness far exceeded all of my expectations. If you need a speaker who is amazing to work with and cares about your audience as much as you do, I highly recommend booking Robert Paylor.