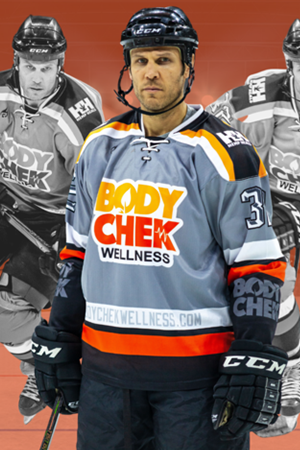 Riley Cote uses his life journey to inspire and educate his audience on practical ways to reduce stress and anxiety, regardless of their field of work. From gaining the reputation as one of the toughest players in the NHL, to speaking about the importance of meditation and mindfulness, Riley is a passionate keynote speaker who is able to connect with and inspire individuals from all walks of life.

Riley Cote is a former NHL player whose memorable career with the Philadelphia Flyers left him with the nickname, “The Enforcer”. Since then, he has founded two companies—Athletes for Care and the Hemp Heals Foundation— and has become a keynote speaker who not only will captivate you, but will change the way in which you view the world around you.

After going undrafted following his juniors career, Cote started his professional career as a walk-on for the Toronto Maple Leafs in 2002, where he spent most of his rookie season with the CHL’s Memphis RiverKings. After winning the CHL championship with the RiverKings, he spent the following season Syracuse Crunch of the AHL, and their ECHL affiliate, the Dayton Bombers, before being offered a try-out contract with the Philadelphia Phantoms. He would spend 2 years playing for the Phantoms, accumulating a team-leading 280 penalty minutes and winning the Calder Cup, crowning the team league champions. He was also named the team’s Man of the Year, recognizing him for his contributions to the community.

Following his successful stint with the Phantoms, an ankle injury suffered early into the 2006-2007 season kept him from playing for 2 months. This, in turn, ended up being the beginning of his NHL career, as he made his NHL debut for the Philadelphia Flyers on March 24, 2007. He went on to play 4 seasons with the Flyers, finishing Top-10 in the league in penalty minutes during 2 of those seasons. After only appearing in 15 games during the 09-10 season, Cote retired on August 9, 2010 and began his coaching career as an assistant coach for the Adirondack Phantoms.

Fill out the form to find out when Riley Cote is available. 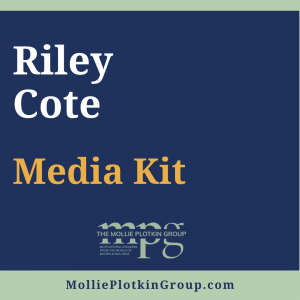