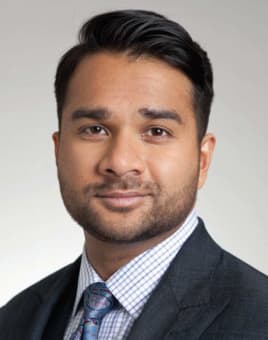 Expertise In:
Beyond traditional boots on the ground, our enemies abroad are constantly looking for ways to leave us compromised in more ways than one. Today, much of the attention has been turned to cyber warfare, with the focus on taking down critical infrastructure that every country utilizes to maintain their systems, whether it be electronically, militarily, etc.

Meet Prashanth Challa, who began his career with the National Security Agency where he led a team that performed computer network operations, researched vulnerabilities, and delivered new and unique tools to enable foreign intelligence collection from the highest value targets.

In his current role with Morgan Stanley, Prashanth is focused on protecting financial clients and their clients from advanced persistent threat-style attacks. As he says about his job, “there is no off-switch in my position.” Those with bad intentions are constantly on the prowl each day looking for vulnerabilities to gain access to millions of individuals’ private information.

Prior to joining Morgan Stanley in 2017, Prashanth was Head of Cybersecurity at a startup focused on big data, machine learning and artificial intelligence. He also created analytics for threat detection and advised clients on how to best deal with their cybersecurity issues. Prashanth began his career at the National Security Agency (NSA), where he conducted and led a team performing computer network operations, developed exploits and implants and researched vulnerabilities through reverse engineering. While specializing in the exploitation of cryptographic devices, he delivered new and unique tools to enable foreign intelligence collection from the highest value targets. He holds a Master’s degree in Theoretical Mathematics as well as a Bachelor’s degree in Computer Engineering from The Johns Hopkins University.