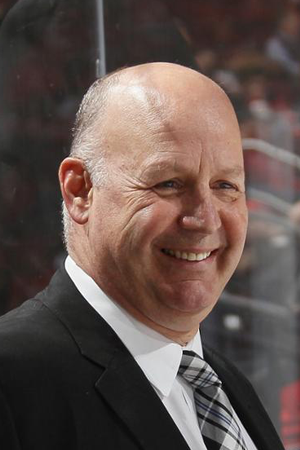 World-famous coach and keynote speaker Claude Julien has been competing in the NHL for 18 seasons and was the 2008-09 recipient of the Jack Adams Award: The NHL Coach of the Year. Known for his impressive 10-year tenure with the Boston Bruins, Claude is considered to be one of the greatest head coaches of all time. His elite coaching experience grants him invaluable knowledge that he imparts upon his audiences in his esteemed motivational speeches.

Julien was hired as the head coach of the Hull Olympiques in the Quebec Major Junior Hockey League in 1996, coaching the team to a .560 winning percentage and the Memorial Cup Championship. After a 3-year stint with the Hamilton Bulldogs of the AHL, he was appointed Head Coach of the NHL’s Montreal Canadiens with 33 games remaining in the 2002-03 season.

In his first full NHL season, he led the Canadians to their best record in 10 years and to the second round of the playoffs. During this time, Julien learned leadership skills that he passes on to corporate clients today.

After one season with the New Jersey Devils, Julien became the head coach of the Boston Bruins prior to the 2007-08 season and immediately made a strong impact. In his 10 seasons with the Bruins, he led his team to the playoffs 7 times, including 2 trips to the finals and being crowned Stanley Cup Champions in 2011. He is the winningest coach in Bruins’ history and is currently 13th on the all-time wins list for NHL coaches. He was let go by the Bruins during the 2016-17 season and has since returned to his first NHL team, the Montreal Canadiens, where he is the head coach to this day.

Julien now uses his coaching experience in his keynote speech to educate others on how to effectively run a team, the importance of setting goals, and the resilience it takes to be successful. He is widely known for being one of the most respected coaches in the NHL, specifically being admired for his overall character and his positive attitude, even in the ruthless world of professional sports.

Fill out the form to find out when Claude Julien is available.